Congratulations to all of our winners 2017 Winners, it was dissappointing that we couldn’t have the Spacie Awards due to the hurricane, but we are going to make up for it this year! We are going to have a great night of awards and celebration at the Space Coast Comic Con opening night on September 7th, 2018. We will again be at the Space Coast Convention Center in Cocoa, Florida. The Awards Ceremony starts at 8 pm. So Please take a moment and Vote for your favorite artist in each of the categories. They all deserve our gratitude and appreciation they are all truly talented and already winners in our books.

See you in September! 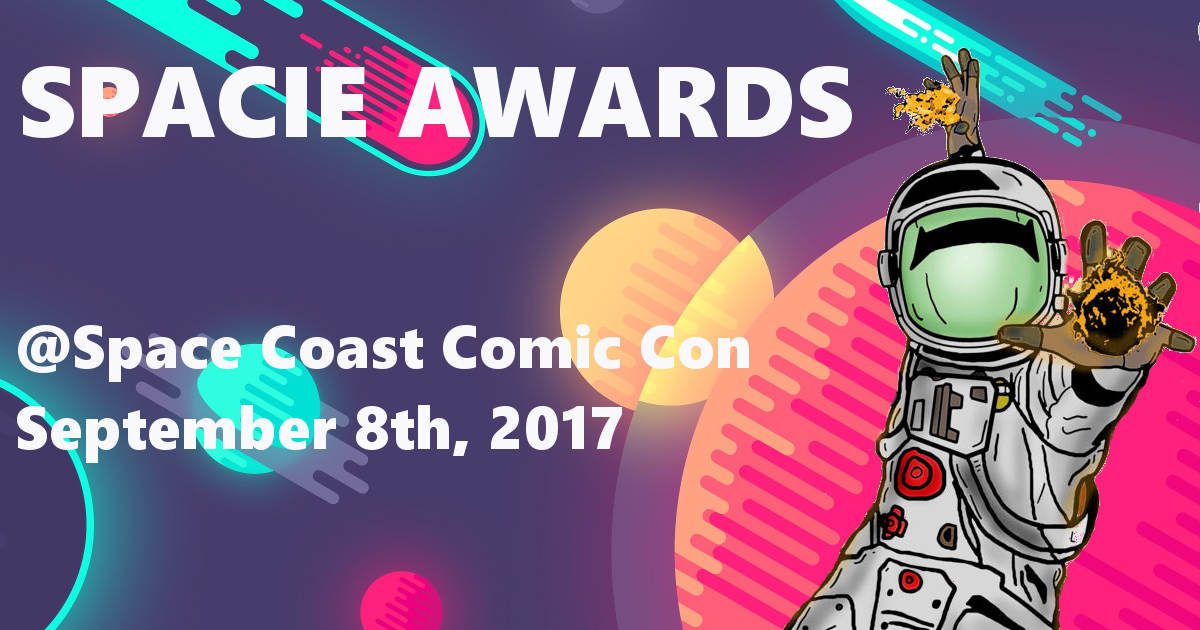 We have Selected our Judges! The owners of Famous Faces & Funnies, Viera Comics, & Infinite Mushroom will be selecting our winners in the ten Separate Categories for the Spacie Awards in 2016.